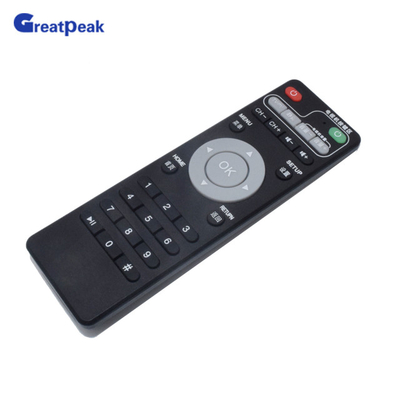 The infrared remote control's emission part of the multi-channel control system usually has many keys, which represent different control functions.When a key is pressed at the transmitter, there are different output states at the receiver accordingly.

The receiver "effective level" disappears.The "effective pulse" and "effective level" here may be high or low, depending on the static state of the corresponding output pin. If the static state is low, then "high" is effective.If static is high, then "low" is effective.In most cases, "high" is effective."Self-locking" output means that every time the transmitting end presses a key, the receiving end changes the state corresponding to the output end, that is, the original high level changes to low level, and the original low level changes to high level.This output is suitable for power switch, mute control, etc.This form of output is sometimes called "inverting".An "interlock" output means that multiple outputs clear each other and only one output is valid at the same time.The choice of television station is such a case, other such as dimming, speed, audio input selection.

"Data" output refers to numbering some transmitting keys and using several outputs from the receiving end to form a binary number to represent different key inputs.

In general, in addition to several bits of data output, the receiving end should also have a "data valid" output end, so that the latter can timely fetch the data.This kind of output form is commonly used for interface with single chip microcomputer or microcomputer.In addition to the above output forms, there are two forms of "latching" and "temporary storage".The so-called "latched" output means that the receiving end "stores" the corresponding output of each signal sent by the transmitting end until a new signal is received.The "temporary" output is similar to the "level" output described above.

There are already many such as cars on the market.The remote control used in electric devices and other places, compared with the infrared remote control: the industrial remote control is simple to make, the remote control distance is far, because of the use of ASK modulation mode to send, directionless, strong penetration ability!Bit error rate is low, safe and reliable, by the majority of electronic enthusiasts love